Rotterdam-Rijnmond's emergency workers are always there for you!

In order to explain the complexity of the Rotterdam-Rijnmond Security Region in an interesting and appealing manner and to demonstrate the benefits of the cross-municipal strategy, MCW developed and produced an eight-minute corporate film.

It focused on the human aspect of the RRSR, with pride playing an important role. After all, it is the pride, enthusiasm and motivation of the emergency workers that truly makes the difference. 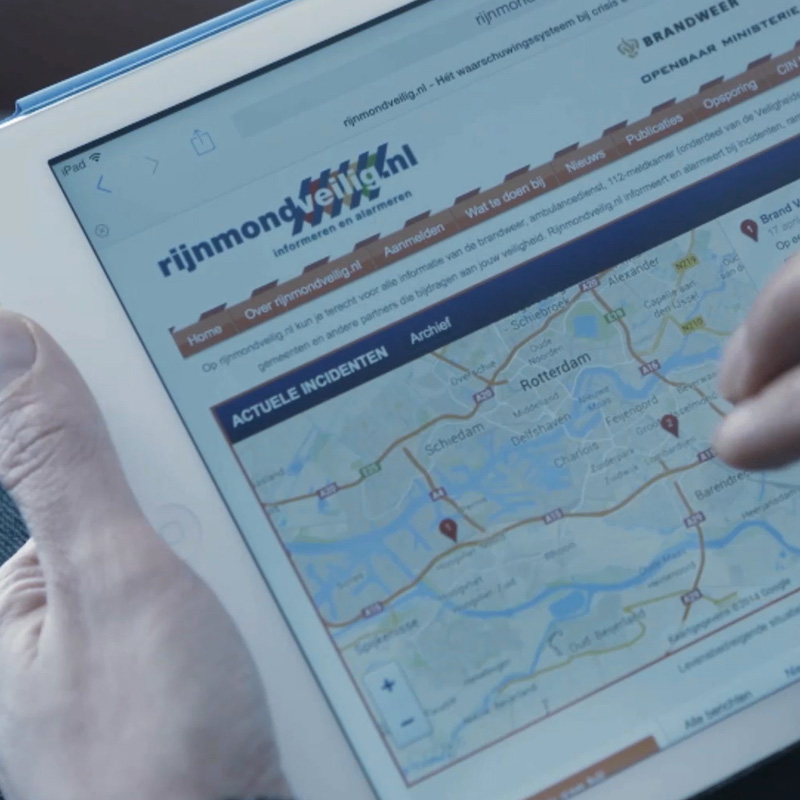 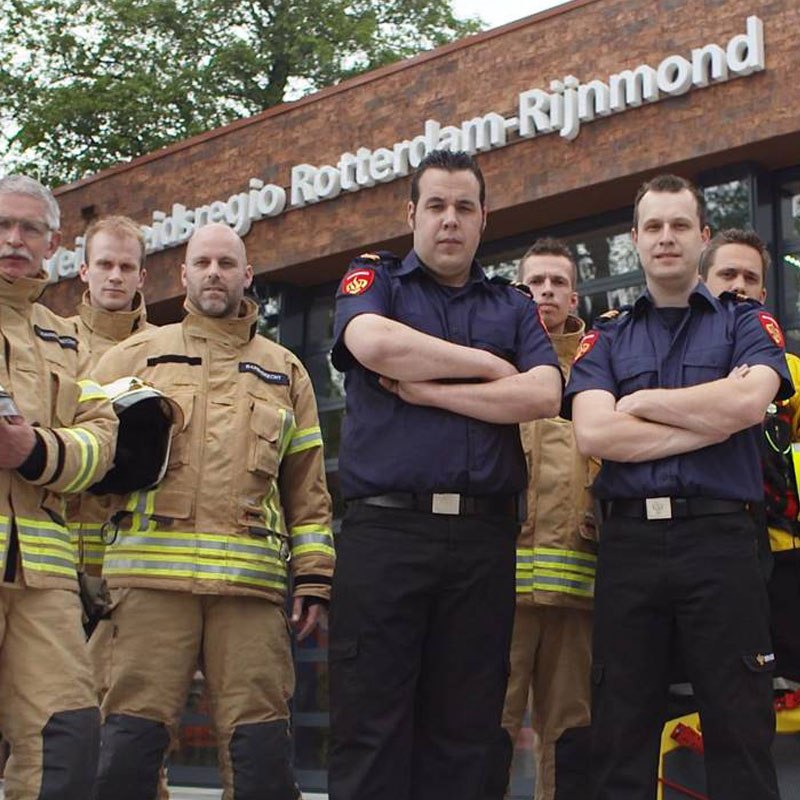 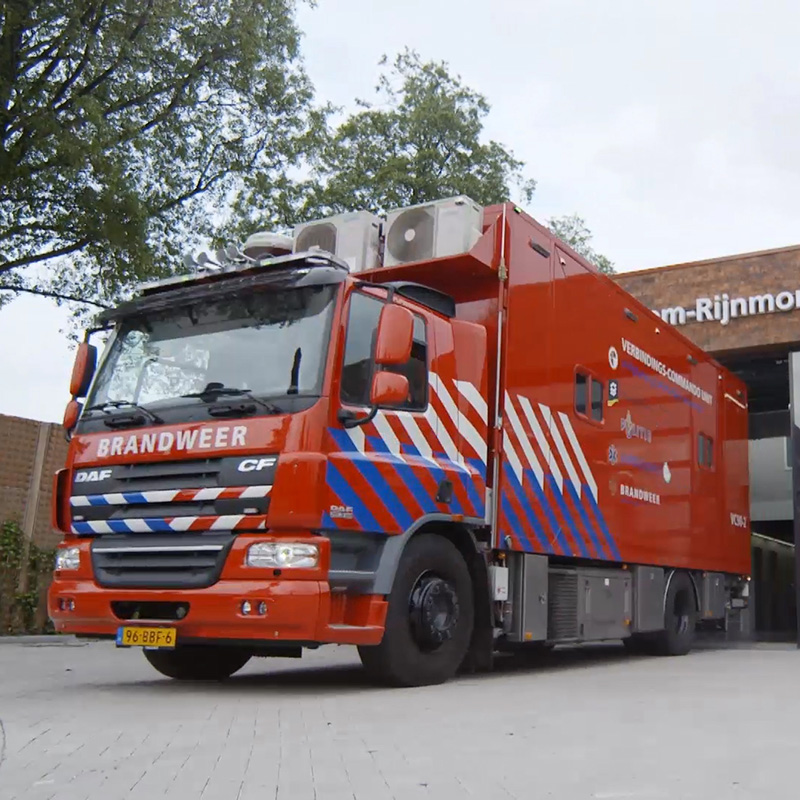 Security. In a wealthy country like the Netherlands, we often take it for granted. However, it is far from guaranteed. Take the Rotterdam-Rijnmond Security Region, for example. It includes 16 municipalities with a combined total of 1.6 million residents. The region is so complex that emergency services such as the fire brigade, police and ambulance services cannot be restricted to isolated districts. After all, a major disaster in the Rijnmond area is likely to spread rapidly to other municipalities.

The RRSR was set up as an umbrella organisation responsible for monitoring security in the region and ensuring optimal risk prevention. It is therefore vital that the various municipalities and other stakeholders know exactly how the RRSR functions in practice. How is the organisation run? What happens if disaster strikes? How does the RRSR affect my municipality?

To devise and produce a captivating film that clearly shows the added value of the RRSR and the cross-municipal strategy.

Based on various consultations with the client, we began to develop a script for the corporate film. This served as the basis for the finished article.

The emergency services have undergone major changes in recent years. Unfortunately, violence against emergency personnel is on the rise and in order to save both money and space, combined stations are becoming increasingly common in the Rotterdam-Rijnmond area. These issues were also incorporated into the film script. After a number of rewrites, we were ready to start filming.

Filming
In total, the shooting of the corporate film took six days. As the RRSR workers were the key focus of the film, we sought a great deal of collaboration with the organisation itself. Thankfully, everything went swimmingly and the emergency personnel turned out to be fantastic actors! 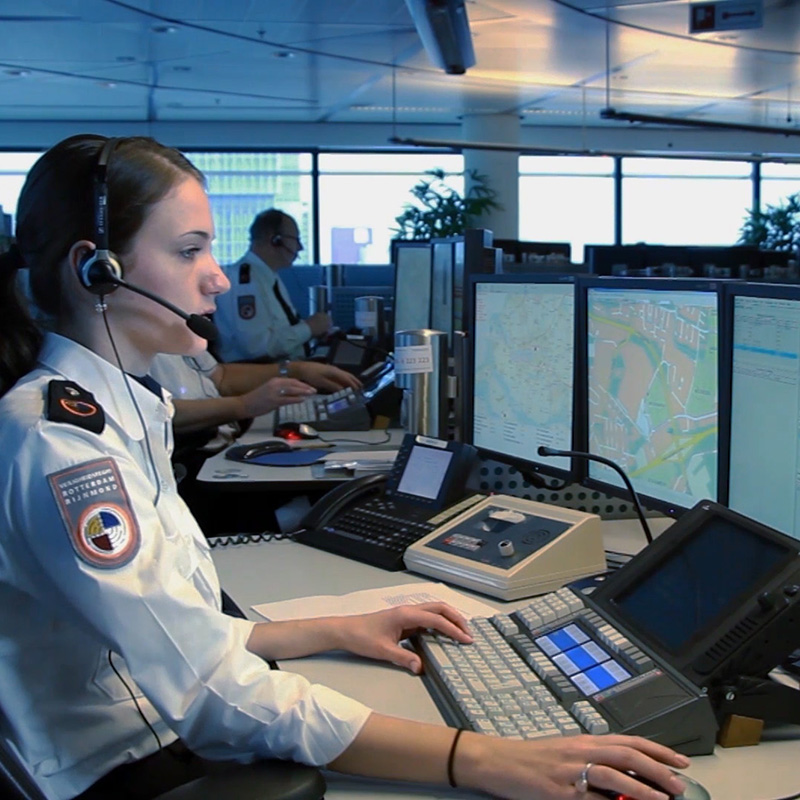 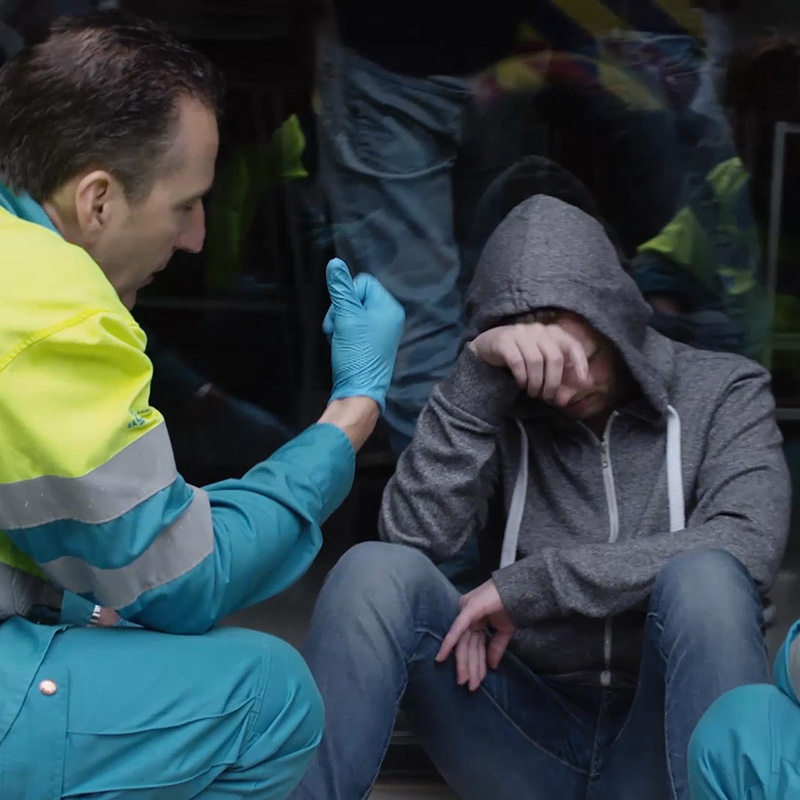 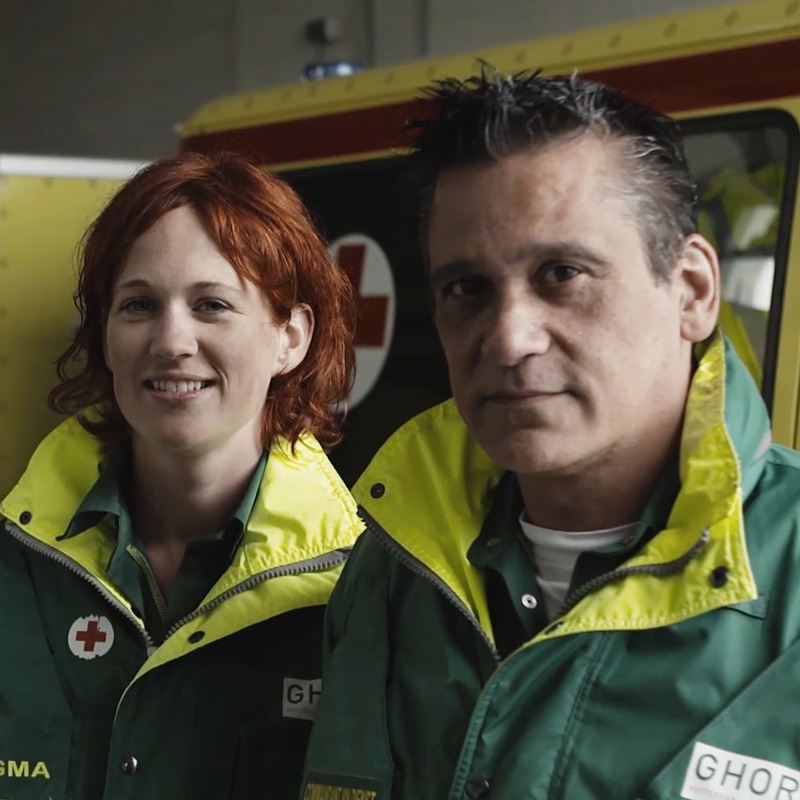 The result was a fantastic corporate film that clearly and understandably explained how the RRSR works and highlighted the motivation and enthusiasm of the people involved. We were very proud of the finished product, especially the 'dynamic portraits' at the end of the film.